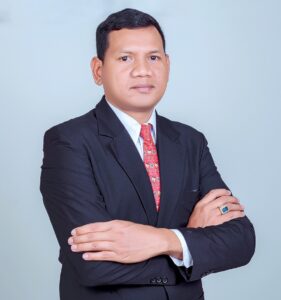 Kosorl was born in 1993 in Sre Brey village, which is a very poor farming community, approximately 35 km from Siem Reap town in Cambodia. He has nine siblings and is the sixth child in the family.  Life was very hard living in the village and his parents struggled to earn an income to provide enough food for the family. There was no money to pay for an education for the children. Kosorl’s dream has always been to get a good education, to improve his life and to help other poor people to have a better life. Even though Kosorl is a young man, he has high ambitions and many goals in his life. The first step to achieving his goals was to create a school to help the needy children. This he did in 2015 when Mother Home Cambodia School commenced.Show More

Kosorl attended Tataok Kandal primary school from 2000 – 2006 and studied until he finished grade 6. The school was approximately 3km from the house where he lived with his parents and his siblings. He didn’t have a bike and would walk across the rice paddies to get to school.  Kosorl really enjoyed learning and going to school with his friends. He was an intelligent student and always got good scores.

After primary school, Kosorl attended Sam Roung secondary school, completing grades 7 to 9. His parents couldn’t afford to pay for his education and wanted Kosorl to stay at home to help them with the rice farming and to look after the animals. This was not his dream. As the School was far from home, he and a friend ran away to the Sam Roung Pagoda. His parents then realized how much he wanted to have an education and agreed he could stay at the pagoda with the other pagoda boys, even though his mother missed him a lot. He stayed at the pagoda for three years while doing his secondary school studies.   In his free time he helped the monks by cutting wood, collecting water and cleaning around the pagoda. He studied very hard until he passed his diploma exam.  At that time he asked the monks if he could move to another high school.

From 2009-2011 Kosorl studied at Dam Daek High School. The school was 25km from his house and he asked his parents again if he could stay in a Pagoda which meant he could walk to school with his friends. It had always been his dream to finish high school and he felt very lucky when he completed grade 12.

Kosorl completed university in 2016 with a degree in English Literature for Education and International Relations. In his spare time he likes to read books, research general knowledge on the internet and listen to the news. This helps him improve his English; also he learns English online, especially IELTS course.

During the day, Kosorl operates a small school called Mother Home Cambodia School. Mother Home Cambodia School is the beginning of fulfilling his dream to provide free English lessons for the disadvantaged. He loves to share his own experiences and knowledge with the children. He encourages the students to make a better life for themselves through education and to become good citizens. Kosorl believes that his school will grow in the future and is excited that his dream and purpose in life is coming true.

Kosorl says “My aim in creating this school is because I want the children to improve their lives. Coming from a very poor family, I understand how difficult it is to get a chance in life and I really appreciate the value of a good education.” 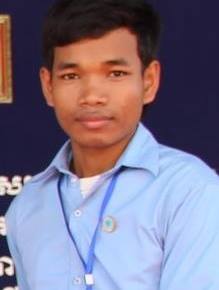 Chhorvy was born in 1990 at Chreykang Choeung Village, Keinsanke Commune, Soutr Nikom District, Siem Reap province, which is about 35 km from Siem Reap town. Chhorvy finished grade 12 at Dam Daek High School in 2011 after which he moved to Siem Reap town to pursue his Bachelor degree at the University of South East Asia. He has completed his major in English Literature and is now studying for his Masters Degree.  Chhorvy’s exam results always earn him a place at the top of the list of students. Show More

While studying in grade 12, Chhorvy worked as a volunteer interpreter with Korean and American medical teams as well as a volunteer English teacher. When he moved to Siem Reap he worked as an English teacher at private schools and organizations. Working with the people in the community, especially helping the children to get an education, is very important to Chhorvy. To do this he holds classes at his mother’s house in his village to help the young people learn English. The classes are very popular and many children come from different villages to study. His ambition is to help the poor students to get an education and to have a better life.  Chhorvy says “My goal is to help others who cannot afford education. I was a poor boy myself and I know how it feels.” He has a soft heart to help the poor. He enjoys working with Mother Home Cambodia School and he helps poor children lots.

Vey joined Mother Home Cambodia School as our full time teacher in March 2015.  Vey was born in 1991 and lives in Choum Village, close to Dom Daek, which is approximately 35kms from Siem Reap.  His house is a 10 minute motorbike ride from Mother Home Cambodia School.  Vey lives at home with his mother, father, two brothers aged 19 and 23 and one sister aged 14.  He also has another brother who is married and lives with his wife at her family home.  His parents are farmers and work hard to provide food for their family.Show More

Fortunately for Vey his parents wanted their children to be educated and he attended Samrong Secondary School and then Dam Daek High School.  Unfortunately his parent’s couldn’t afford for Vey to attend University.  Vey studied a little English at High School but says he has learned so much more working with the Volunteers who come to assist with Mother Home Cambodia School English classes.  He is continually improving his English skills by reading books, using the Internet and U Tube and listening to E Songs.  Vey always has many questions about pronunciation, meaning of words, correct use of words and loves to learn new things.

On Saturdays Vey prepares Bible lessons for the children at the local church which is about 5kms away.  He enjoys playing music and singing songs with the church kids.  A friend at church is teaching Vey to play the guitar.  In his spare time Vey likes to play volleyball, read English books and the Bible and listen to English music.

Mother Home Cambodia School hopes, one day, to find a sponsor for Vey so that he can complete an English degree at University in Siem Reap, attending on weekends. Vey says he prays to God that his dream of becoming a qualified English teacher comes true as he wants to be a teacher for the young generation.

Nemoll was born in 1987 and graduated from high school in 2007.  In 2010 he commenced a nursing course at university in Phnom Penh and has since graduated. Currently Nemoll works for an NGO  passing on his nursing skills and knowledge to the students at many schools supported by the NGO.Show More

Nemoll is a very caring, compassionate person and loves helping the poor people in his community, including the students at Mother Home Cambodia School. His good heart inspires him to help the young people to achieve their dreams.  Coming from a poor community himself, Nemoll really understands the hardships facing those living in the countryside.  Working in the local community for many years, he has a strong commitment to pushing the young people to improve their lifestyle.  Nemoll believes we all live on this earth together and we need to help each other to improve our lives and to live peacefully together. He really understands the difficulties of living in the countryside in Cambodia. He is always helping other people outside of his work time. 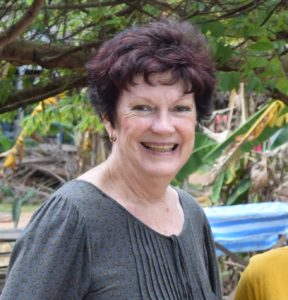 Gail has worked with Mother Home Cambodia School since its beginning.  She has been a volunteer teacher but now concentrates on ensuring that the daily operation of the school runs smoothly, referring volunteers and arranging sightseeing activities as well as general administration work.  Gail has been visiting Cambodia since 2008 and since 2013 has spent extended periods living in  Siem Reap.Show More

“I can see how important Mother Home Cambodia School is to the children at Tataok Kandal Village.  Their English has improved amazingly and having a steady stream of Volunteers with whom they can interact is invaluable.  Most other rural children do not have the opportunity to enjoy this privilege”.  Kosorl is to be commended on his foresight and determination to make Mother Home Cambodia School become a reality.

Theme by Anders Noren — Up ↑